After working in the construction business for a while, my Grandfather caught a bug of entrepreneurship and decided to strike out on his own. Though he didn’t have many skills, drywall was one that he knew inside out, and he wasn’t afraid to learn any of the other skills he needed along the way. So in his twenties, along with his brother, they dubbed their drywall company after our family name, and began offering his services. It started out slowly, but this was also the post-war economic boom, so there was a lot of families building houses and getting work done, so more work quickly came.

Being the hard working immigrant that he was, this translated into long hours, lots of travel and essentially working every moment he spent awake. There was hardly a drywall company with so few employees yet so much experience time between them as our families. It was during one of the trips to a surrounding city, that my Grandfather met a woman at a hotel. They were in the lounge, and my Grandfather was listening to the music playing on the radio when this young woman came by, my Grandfather being the brash and bold man he was, asked her to dance. For some reason she accepted, and there’s not a whole lot to say about what transgressed, suffice to say that a year later they were married.

My Grandfather knew that his small apartment wasn’t enough space to have a wife and eventual family, so through his earnings, he bought a small patch of land and a permit to build. He and my Great-Uncle proceeded to build their home from the ground up. Learning every aspect of construction along the way either on their own, or through the help of business friends he had made along the way. From digging the foundation to putting up the frame, roofing, drywall, electricity, you name it he did it on his own, or with a little help from other people he knew. The house is still standing today, and as solid as ever, as a testament to what he could accomplish when he put his mind to it. 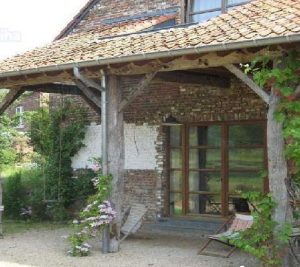 If Grandfather had been born today he could perhaps have built a prosperous business with that work ethic and passion.  But it seems the skills stayed in the family genes because my half-brother, who now lives in England with his lovely wife, runs a very successful building company to this day and his children have followed in his footsteps.

But I digress, back to the story.

There was a sad note in the building phase, as Grandfather’s brother, who battled depression for many years, committed suicide part way into the construction, which caused a lot of grief for my Grandfather, that he channelled into building the house. From all accounts that I heard it took just under a year and a half for my Grandfather to build the home, and essentially the moment they moved from his small apartment into the house proper, they got to work on filling it with children. Resulting in two aunts, two uncles, and my mother over the course of about six years. At this point you may be wondering where the music comes in, and I assure you that it plays a significant role in the story, but not till my generation came along to pick it up.